The Best Defense is to Take Offense?

This week Dr. Bob Wachter wrote a blog post that is the first attempt I am aware of by a member of the ABIM leadership to defend the organization against the now widespread allegations of egregious waste and derelict stewardship.  It can be read here:  "The ABIM Controversy: Where the Critics are Right, Where They’re Wrong, and Why I Feel the Need to Speak Out."

He starts his piece in a pique of moral indignation:

With the help of social media and a journalist who has turned this matter into a cause célèbre with an unfortunate mixture of half-truths and innuendo, the critics have managed to control the debate, and people who believe in the values of the Board have been cowed into silence. It feels vaguely McCarthyish, and there comes a time when silence is immoral. This feels like such a time.

Joseph McCarthy was of course the U.S. Senator interrogating possible communists.  However, an investigative reporter, an electrophysiologist blogger, et al. do not sit in the seat of power.  No, it is the ABIM that holds great power over the lives and careers of 200,000 physicians in this country.  Indeed, if one must use a 20th century Republican politician’s name as an adjective appropriately in this case to describe a person who holds a position of great responsibility and power and believes himself to be persecuted against all evidence, the correct word is:  Nixonian, and it applies not to his detractors but to the good doctor himself.

Now, there are many aspects of this ABIM controversy.  They include, but are not limited to 1) the issue of certification, re-certification, MOC, etc. 2) the existence of, reason for, politics of, and funding of the ABIM Foundation, and 3) the financial details.

In the interest of space and time, and since it is covered so exhaustively elsewhere, I will leave aside #1 and #2 for now.

Regarding number 3:  After reading Dr. Wachter’s post I have re-watched Dr. Cutler’s debate with Dr. Baron from December of 2014 and re-read Dr. Westby Fisher’s posts and Kurt Eichenwald’s Newsweek stories.  What does Dr. Wachter have to say about the allegations of egregious waste, lavish spending, exorbitant salaries, and derelict stewardship of trust and resources?  Does he dispute the facts?  If not, does he offer an explanation that addresses the specifics?

Let’s looks at his piece.  Against the charge that “The Board is All About the Money” he writes:

As Board members, we constantly struggled with balancing our fiduciary responsibility to the organization (including to pay the salaries and the costs of doing the Board’s current work and innovating) with the burden to the diplomates. ABIM’s MOC process currently costs physicians about $200-$400 per year (the low end for the internal medicine certificate only; the higher range is for those maintaining multiple certificates, like IM/cardiology/interventional cardiology). These costs are consistent with the fees of other ABMS boards. The argument that this represents an impossible expense to the vast majority of practicing physicians is hogwash.

That’s it.  They “struggled,” and the cost is not that much per person anyway, so “shut up” (leave aside for the moment those that dispute the true cost). [Edit 7/7/15 I will add that it should go without saying that when the Board authorizes wasteful spending it does neither its fiduciary duty to the organization nor its duty to the Diplomates]

His section regarding salaries and the Condo is equally pithy.  He only addresses the CEO’s salary, for example.  Let’s ignore that for now and assume the CEO deserves every penny. If I round up to one million for his salary/benefits, we are still left with salaries/benefits for the ABIM and its Foundation of $29,000,000/year!  This is to run what should essentially be a testing and record-keeping company, if a large and sophisticated one at that.  And again, this is not the budget, just the payroll.  What about the assistant to the President who Dr. Cutler pointed out made $689,000 in 2011?  Do we finally learn her job description or why she was worth this from Dr. Wachter?  He was on the Board of Directors at the time and presumably voted on the budget.  No, it’s not mentioned.  How about the two researchers on the benefits of MOC who made $450,000/year?  Are the salaries mentioned?  Is the embarrassing conflict of interest mentioned?  No, nothing.  Even the “Senior Vice President of Communications” reportedly was compensated $293,000 in 2013.  The point is it takes a lot of employees earning large salaries to reach a sum of $29,000,000/year.   I should point out that these are not my facts.  I am simply repeating what I have seen and read reported.  No one from the ABIM has substantively disputed the numbers, nor defended them.  Despite the length of his post, Dr. Wachter also simply ignores them.

Regarding the Condo he essentially admits that it looks bad, but was really “designed to be revenue neutral” compared to hotel room costs for consultants.  This is thin gruel, if not outright laughable.  First, the only reason to buy rather than rent is to save money, not break even; and if looking to save money Dr. Cutler points out less expensive units practically across the street.  He relates having been told that the Condo the ABIM did purchase was the most expensive real estate in Philadelphia per square foot!  One comes to the inevitable conclusion that thrift was not exactly a concern at the ABIM in those days.  With the caveat that any analysis of the finances of the condo vs. hotel rooms obviously leaves aside the fact that the condo would not suffice if more than three rooms were needed at a time, let’s take a quick look at the numbers.  Traditionally, financial theory in retirement has suggested that 4%/year may be spent from a well-invested nest egg without affecting the long-term real principal.  Some argue that this is too high given today’s interest rates and equity valuations.  So, let’s be very conservative and take 2.3 million invested in index funds and treasuries, and spend 2.5%/year on hotel rooms.  This comes to $57,500/year.  The condo’s expenses (not taking into account depreciation) were roughly $42,000/year (per Dr. Wes’ post).  So we have at least $100,000/year in hotel costs that the condo represents if “revenue neutral.”  I will let this speak for itself.

As we see, then, Dr. Wachter does not seriously address any of the allegations of financial waste that have come to light in the last seven to eight months.  On salaries, Four Seasons meetings, etc. he simply ignores most of the points made by Dr. Cutler in December, let alone the mountain of additional information that has surfaced since.  In the end, one can only assume that he neither disputes the facts of the allegations nor defends the ABIM’s actions (assuming the facts correct) for a simple reason:  There is no credible defense.

In his penultimate paragraph he states:

I further believe that this process must be crafted by members of the profession itself – and if we abrogate that responsibility, others will fill the void.

Well, to that a great chorus of readers cries out:  “If the unelected, unaccountable, unrepresentative, monopolistic, and profligate ABIM is self-government, then give me George III.”

He ends with a martial metaphor:

“Throw the bums out!” can feel like progress. But, as the Arab Spring protesters have learned, sometimes it’s relatively easy to tear down institutions. Rebuilding them is much harder.

This is hyperbole, or course, but I will indulge it.  It is true that more often than not bloody political revolutions and coups do not turn out well.  There is a document, 239 years old tomorrow, that addresses this fact:

Prudence, indeed, will dictate that Governments long established should not be changed for light and transient causes; and accordingly all experience hath shewn, that mankind are more disposed to suffer, while evils are sufferable, than to right themselves by abolishing the forms to which they are accustomed. But when a long train of abuses and usurpations, pursuing invariably the same Object evinces a design to reduce them under absolute Despotism, it is their right, it is their duty, to throw off such Government, and to provide new Guards for their future security.

Busy internists are not your typical torch and pitchfork crowd.  Prudence is their virtue.

I do not know how this controversy will ultimately end, but I do know that Dr. Wachter’s post is not an apology, not an adequate defense, and not a way forward.
Posted by W. Bond at 12:41 PM 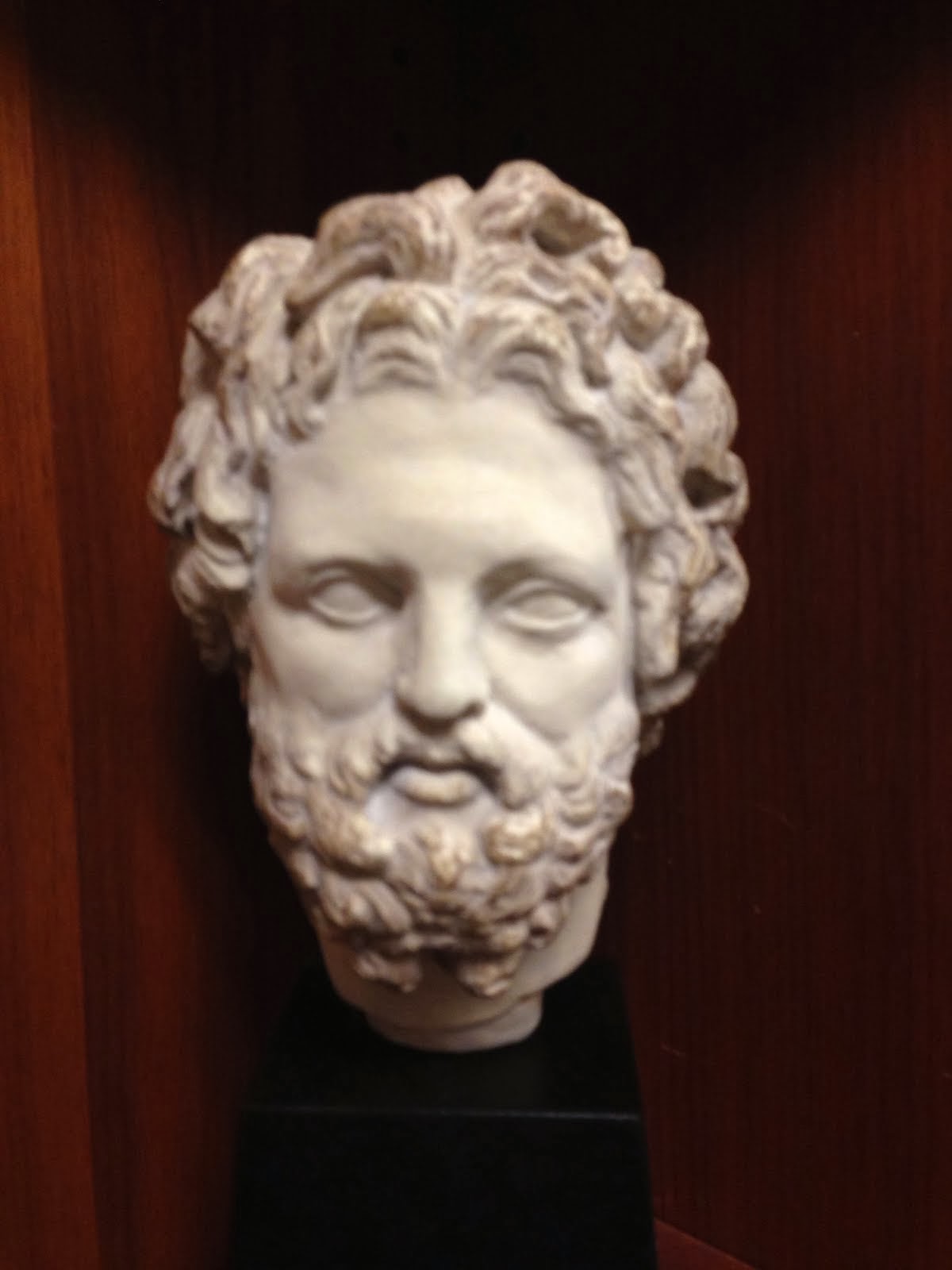